It’s summertime and that means everyone is hosting dinner and deck parties, where the food is served in heaping portions and the wine is definitely flowing. Of course, when you show up to the party, the wine you bring along says a lot about you — your personality and tastes, as well as how good a gifter you are (since the wine you bring goes to the host!). Selecting the best wine based on your host’s tastes and the foods being served doesn’t have to be challenge — if you know where to look for the best vino. 2015 was an incredible year for French wine and that is most true for Côtes du Rhône, whose 2015 vintage is topping taster lists around the world. Wine today is all about crowd pleasing, and if you’re looking to be a wine hero, consider a fabulous — and storied — Côtes du Rhône, with a bouquet and balance that perfectly fits the summertime weather. 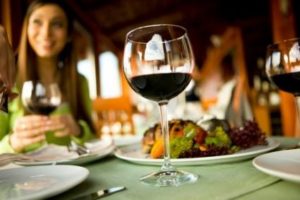 If you want to be the best kind of wine hero, and tell the tale that comes along with your bottle, there is a great history attached to this region. The Côtes du Rhône, or “Hills of the Rhone Valley” is an area in Southeastern France, where wines have been produced since pre-Roman times. Avignon wine produced along the right bank was the favourite of powerful consumers such as kings and the papal community at the time of the Christian schism, and in the mid-17th century the right-bank district of Côte du Rhône even issued regulations to govern the quality of its wine. These rules formed the very early basis of today’s nationwide INAO-governed AOC system. When the left-bank wines were included a few hundred years later, the name was pluralized to Côtes du Rhône.

There are two distinct and separate regions of Rhône wines worth noting: 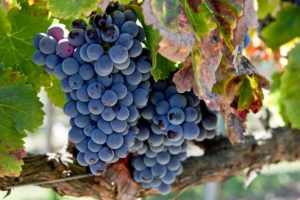 If you’re looking for a Côtes du Rhône wine to take to next weekend’s dinner party, consider Domaine St. Michel’s 2015 vintage from a retailer such as Wine Online —  a wonderful wine for summer dinners that feature game and other rich meat dishes. It’s a rich blend of Syrah, Cinsault, and Grenache grapes, and features a full, rustic bouquet, and stands as an outstanding cuvee from a small but well-established family estate run by the Boyers in their Medieval fortified house in the Rhone valley.

2015 was a particularly good vintage — one of the best there has been for some time in the Rhône — and this delicate bottle offers a creamy mouthfeel and delicious finish, which will drink now and over the next 18 months. Be the wine hero at any party and consider a Domaine St. Michel 2015 vintage!