Why Bone Broths Are Delicious And Healthy

Bone broth is by no means a new concept. For generations, kitchens have relied on soups and broths made from bones. However, the current health culture has made it more popular than ever before.

What Is Bone Broth

Bone broth traced its roots to earlier civilizations when hunters repurposed normally indigestible animal parts such as bones to a soup they could consume. Because these native civilizations couldn’t afford to throw away food, they used even the unappetizing parts.

Bone broth is prepared by boiling animal bones and cartilage. You can prepare broth from almost any edible animal’s bones. Given the long cooking period, it differs from stock. The nutrient-dense broth is often used as a base in soup and noodle dishes, such as pad thai and ramen.

Bone broth is quite similar to stock, albeit it may be somewhat thicker. The thickness emerges out of gelatin that’s produced from the cartilage and bones as they boil. This is why whenever bone broth is chilled, it solidifies and becomes jiggly.

If you’ve cooked homemade stock or broth, you’re probably aware that they’re practically identical. Customarily, the stock is produced with plenty of bones, while the broth is cooked with a blend of bones and animal protein.

Putting vinegar in the slowly boiling broth aids in drawing out nutrients from the bone tissue. Furthermore, it dissolves the cartilage and tendon and releases them into the liquid. As a result, you’ll get a tasty, nutrient-dense broth. You can also add spices, like turmeric, to the concoction to produce a flavorful turmeric bone broth.

The buzz surrounding bone broth is centered on its nutritional benefits. Here are some reasons why:

It’s difficult to determine precisely what nutrition you’re receiving from bone broth. The nutrition value of bone broth differs according to the components and quantity used. It’s very dependent on the kind and amount of animal bones and meat involved.

Animal bones are a good source of nutrients and minerals which are necessary for the formation and strengthening of human bones. Likewise, it’s hard to tell exactly how much of each nutrient is in each pot of broth, but you’ll almost certainly receive trace quantities of each. These nutrients include the following:

Fishbone, on the other hand, provides iodine, which is necessary for thyroid and metabolic processes. Though it might taste fishy, fishbone broth is a good base for seafood dishes that can conceal its taste.

Along with the minerals found in bones, you’ll obtain nutrients from tendons and cartilage. These tissues provide glucosamine and chondroitin. These two naturally occurring substances in cartilage have been shown to promote joint health. To enjoy these advantages, choose bones that still have some meat on them.

Collagen is also found in bone broth. It’s a protein complex that can be found in tendons, bones, skin, and muscles. Collagen has a variety of purposes, like giving elasticity to the skin and reinforcing the bones.

As collagen in bones and cartilage cooks, it’s converted to gelatin and a variety of other beneficial amino acids. However, as the broth heats up, the amino acids’ chain breaks, making them less advantageous.

If you want to increase your collagen, consume protein-rich meals with broth. Additionally, you need to take foods high in Vitamin C since it’s required for collagen formation.

There is an undeniable frenzy around bone broth and its potential health advantages. It contains essential nutrients and may enhance the taste of food even without adding salt.

It’s quite rare that ingesting bone broth causes damage–unless consumed in enormous quantities. It’s well-known that animal bones have trace levels of harmful metals aside from the nutrients. Drinking large quantities of it is inessential. It might even be detrimental. So, it may be best to use it in soups and noodles instead of consuming it directly.

How To Make Bone Broth

Preparing bone broth is a very straightforward process but one that requires practice to master. To reap the health advantages of the broth, it should be prepared properly.

The precise quantity of helpful nutrients in bone broth will certainly vary based on the bones used and the length of time they are cooked. Choose bones with cartilage and some meat to get an excellent result. 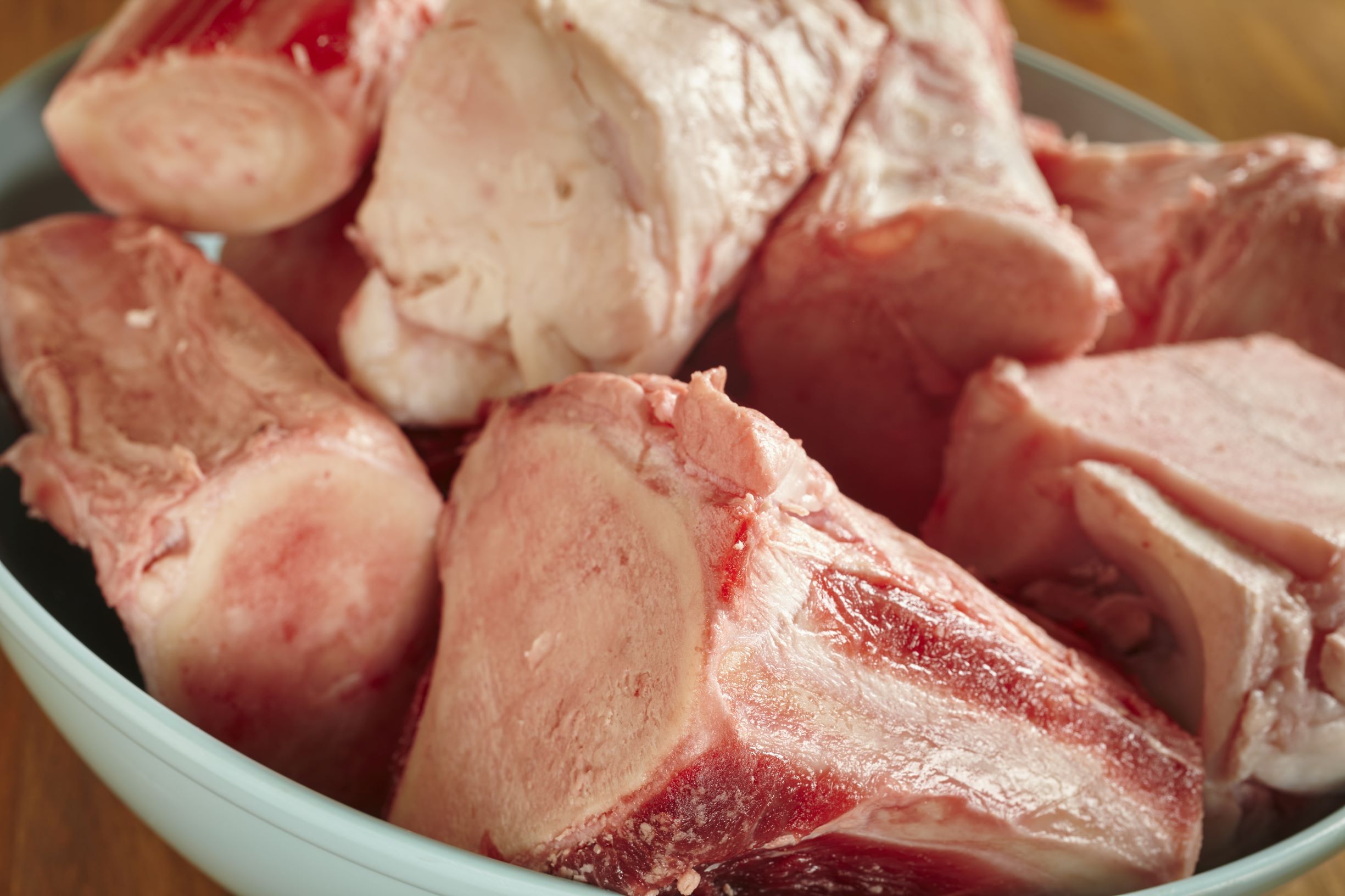 Simmering slowly at a low temperature and using an acidic substance optimizes nutritional extraction. Herbs and spices may be added toward the end of the cooking time to enhance the flavor.

Bone broth is packed with nutrients and minerals, most of which have been linked to amazing wellness benefits. Of course, it’s hard to know the amount of each nutrient present in each batch of broth. However, including it in your diet can likely bring a slew of health advantages.