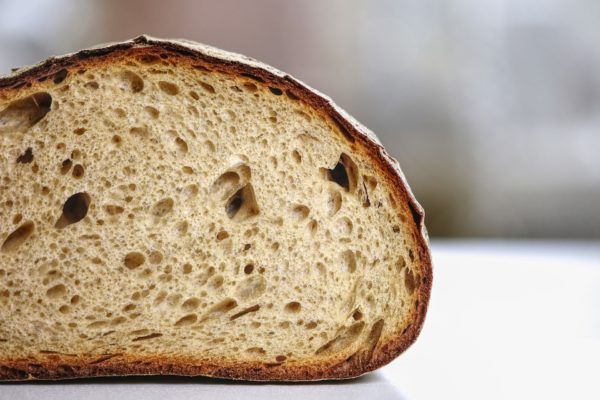 With the emerging health concerns among people, one of the most important questions is whether you should consume White Bread or Brown Bread. Both are available in the market and it is a common perception that brown bread is more organic and better in terms of health. However, this does not mean that white bread is an unsafe option. In a few ways, there is a requirement for white bread compared to bran bread. Let’s open up the complete debate and evaluate both of these.

The Key Difference Between White Bread and Brown Bread

Brown bread is completely made out of whole wheat and not processed flour. This is why it has naturally a higher composition of nutritional content. Brown bread has a high amount of Vitamin B-6, Magnesium, Folic Acid, Zinc Copper, Manganese, and Vitamin E as well. However, it has a lower content of calcium. Brown bread has 2.5 grams of protein, 15.4 grams of carbohydrates, 2.5 grams of fiber, and 0.8 grams of fat.

On the other hand, the white bread is made after chemically processing flour with the help of chlorine dioxide, potassium bromate, and benzoyl peroxide. The ultimate outcome of this is a whiter and softer bread. Refined starch is also added to white bread. As a result of all these chemical processes, the white bread loses the fiber content and other vitamin content in it as well. However, due to the addition of refined starch and other chemical changes, there is an increased level of calcium content in the white bread. White Bread has 3.3 grams of protein, 18 grams of carbohydrates, and 1.2 grams of total fat content. There is only 1 gram of fiber in white bread.

In terms of calorie count, there is hardly any difference between the two. A slice of white bread has 77 calories while a slice of brown bread has 75 calories. This also implies that white bread may not be as damaging to your health as it is perceived. However, generally, brown bread is better in terms of health benefits mainly because it provides an organic source of vitamins, minerals, and other nutrients in their actual quantity.

One of the main reasons why people don’t consume brown bread as much as they consume white bread is because of the taste difference. Many people even find brown bread bitter at times.

Both Breads Have Different Uses

People make different types of dishes with bread. White bread is the more common variant of bread used to prepare these dishes. For example, French Toast, Sandwiches, and Bread Puddings are usually made with white bread. This is because it is soft and milkier. It helps in preparing a dessert most appropriately. On the other hand, if someone wants bread crumbs, he would be looking for brown bread as it has a crumbly texture. White bread has a better taste which is why it is used in various dishes. Brown bread is only used when someone has specific health concerns that have to be addressed. For example, if you have fiber deficiency, doctors might recommend you increase the consumption of brown bread.

While it is often perceived as a health hazard, white bread has certain benefits too.

If you consume four slices of white bread every day, you will be consuming 30% of the total required calcium intake per day. As a result, you will have stronger bones and teeth.

Brown bread may not be that tasty, but it is surely a great substitute for white bread and brings you vital health benefits too.

Many people who eat white bread don’t consume it in large quantities mainly because of its high-fat content and chemical ingredients. In the case of brown bread, you can eat it as much as you want because there are no side effects associated with it. The bread is pure from all chemicals which is why higher consumption is also quite beneficial.

From the above comparison, it is quite obvious that brown bread has a higher nutritional content as compared to white bread. It has lower fat content, higher fiber content, higher natural mineral content, and a lower number of calories.

Studies Associated with Consumption of Bread

Several studies have been conducted with regard to white bread and brown bread. This further clears out the difference as well as helps the consumer in making the right choice in terms of real-life examination of people.

Studies have been conducted on humans to find out the effect on the health of those who consume white bread. In one study which included 23% men and 77% women, it was found that there was a positive correlation between white bread and WC, BS 120, TG, and SBP.  This study concluded that white breads have an inverse effect on the health of human beings. It could also contribute to the increased level of sugars in the body and increase the risk factors that cause diabetes.

Several other studies have also concluded the same results concerning the consumption of white bread. All of these studies imply that white bread may not be fatally dangerous or extremely harmful for the human body, yet it does have certain drawbacks and health effects that people need to consider before consuming it.

Few other studies have suggested that bread is the biggest culprit in salt intake in the United States. Several other reports suggested that 90% of Americans eat more salt than they should and the main reason for this is increased sodium intake due to breads and rolls. This makes up 7% of the salt we eat.

The same study was conducted for white bread, as mentioned above, with 23% men and 77% women. It studied the effect of brown bread on human health. It suggested that brown bread does not have any major drawbacks on the human body which were present in the case of white bread. It was also concluded that whole wheat breads or brown breads do not pose any major risks regarding diabetes.

A slice of brown bread.

In modern times, there are different types of organic white breads as well. Although these breads are white, they don’t have as much chemical exposure and have been made out of certified organic ingredients. As a result of this, you can enjoy the taste of white bread without compromising your health in any way. You can find different types of organic white breads on amazon.com and have them delivered to your doorstep.

In conclusion, both brown bread and white bread are fine for consumption for an average human being. However, if you are concerned about organic products or you are on specific diets wishing to lose weight, brown bread would be a much healthier option because of its low fat content and reduced exposure to chemicals. However, people without any such concerns can consume white bread as it isn’t extremely dangerous to human health in any way.