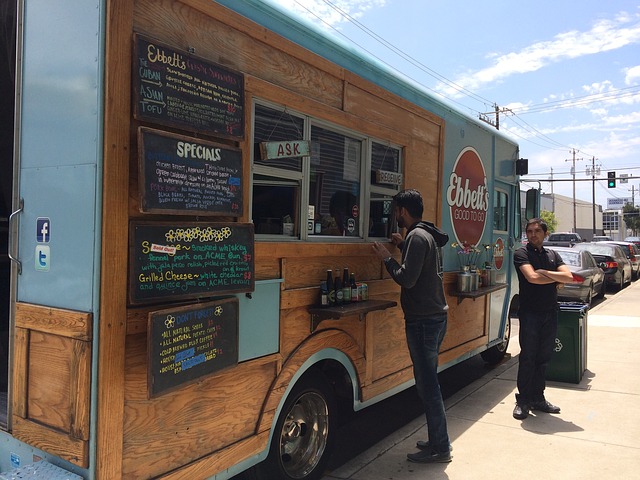 Is there anything better than street food? Sure, family holidays a couple times a year are great, just like picnics on the beach and backyard barbecues with friends. And, no one is trying to minimize those intimate dinners with the special people in our lives, whether at the hottest new restaurant or lovingly prepared at home. But, be honest, is there anything that makes your heart start beating a little faster and your mouth water more than discovering that your favorite food truck is nearby?

Even before Jon Favreau came out with “Chef”, a film about a highly acclaimed chef walking away from his position at a well-known restaurant to becoming his own boss with a food truck, Americans were crazy about food trucks. Movie-goers got to follow him from Miami to Los Angeles as he served Cuban sandwiches that folks lined up for before he ever found a parking space.

So, what is it about food trucks? They are not new. Right after the Civil War, chuck wagons, which were the same thing only horse-drawn, started following wagon trains and cattle drives cross country and their urban counterparts, the pushcart, has been feeding people in places like New York City since the late 1600s. They certainly haven’t always been “gourmet”. The trucks that used to show up at construction sites and outside factories were known as “roach coaches” due to their questionable sanitation practices.

With all of the dining options available today, there must be something really different, something uniquely special, about food trucks to make people obsessively track their location and stand in line in parking lots and on street corners. What is it? Quite simply, it’s the food and the passion behind it. No one gets excited about a truck that sells tacos, but the award-winning, home-style, Oaxacan tacos you get from the Tacos El Rancho food truck are a whole different matter! New Yorkers cannot get enough of these freshly-made, authentic, soft corn tortillas wrapped around salted beef or tongue, which are unbelievably seasoned and insanely cheap!

The Soriano family, like other popular food truck owners, put a tremendous amount of time and effort into making their specialty taco the very best that it can be. This is what drives the popularity of today’s food truck craze: finding the best, whether that’s a taco, falafel, Korean BBQ or whatever. Nowhere will you find the love of good food like you do in New York City! And New Yorkers will go to great lengths to find their favorite food trucks. Fortunately, with today’s technology, current locations are just a tweet away since most food trucks are savvy enough to announce where they will be via Twitter.

New Yorkers can be fickle and new places pop up all the time. Any “best of” list is apt to change on a daily basis, but if you don’t mind standing in line, here are some New York food truck suggestions that won’t disappoint: