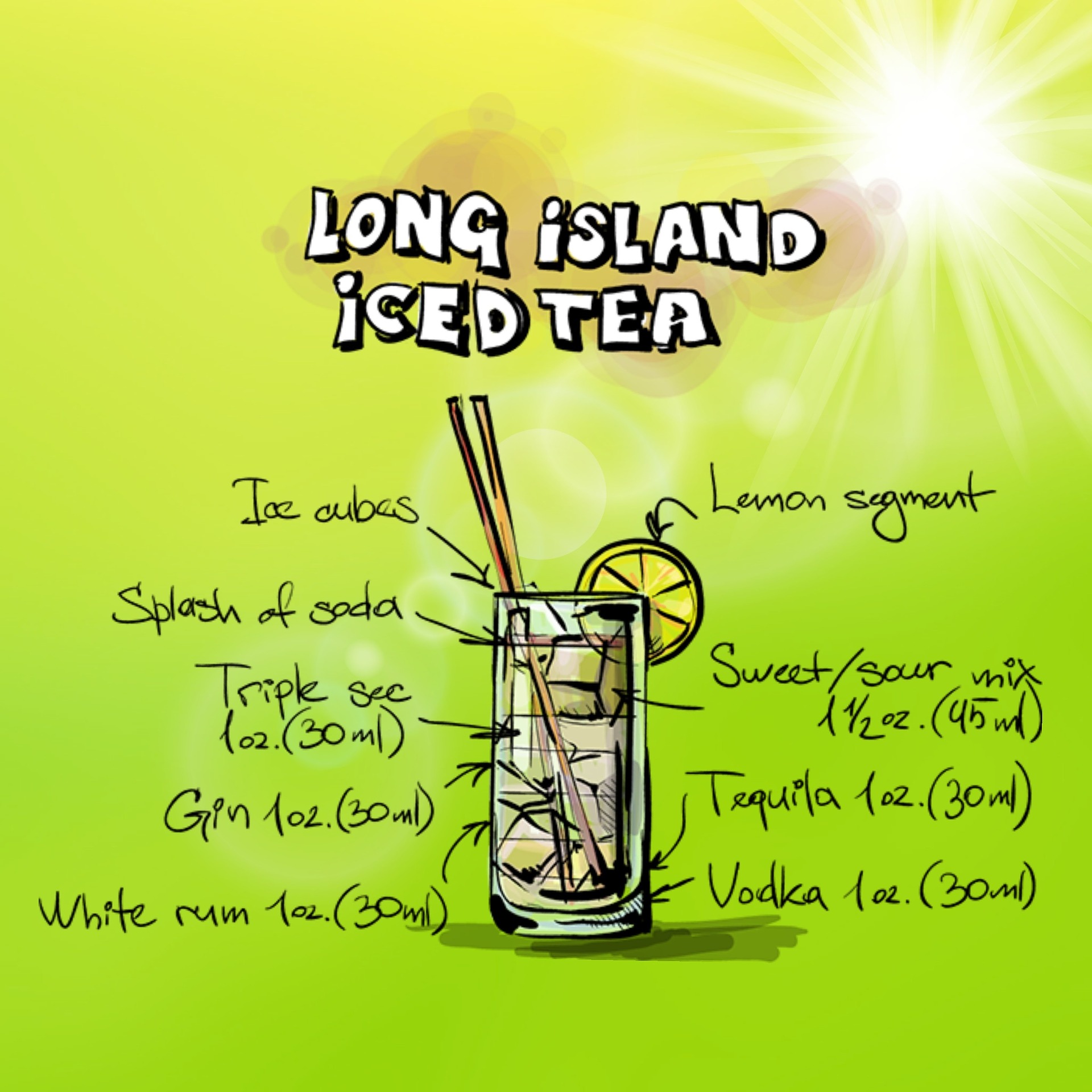 Oh, the infamous Long Island Iced Tea. The stuff of graceless nights and blurry memories. Despite its name, it’s traditional recipe actually lacks tea. Its contents are nothing short of a formidable concoction featuring 5 different alcohols; vodka, tequila, light rum, triple sec, gin, and a splash of cola for good measure. Compared to other cocktails, the Long Island Iced Tea’s alcohol content is quite high at 22 percent, which makes sense considering the drink is almost entirely liquor. The deceptive cocktail tastes like a refreshing, bittersweet, light drink, so handle with caution.

Although some credit its origins to an older, prohibition-era version of the drink to Ransom Bishop of the community of Long Island in Kingsport, Tennessee, it’s quite different than the drink we know today, featuring maple syrup and whiskey in lieu of cola.  The Long Island Iced Tea of today is credited to Robert “Rosebud” Butt in, you guessed it, Long Island, New York. In the 70’s, Robert Butt was a bartender at the locally famous Oak Beach Inn located on Jones Beach Island when he concocted the beverage we know today during a cocktail competition. The restaurant became so well known, it was able to open up three other clubs in Smithtown, The Hamptons, and Island Park. People from New York City, Connecticut, New Jersey, and other parts of New York would flock to their locations. The locations would meet a series of legal battles and issues that would lead to them all being torn down or left in ruins.

If you ever find yourself on Long Island, Mercato Kitchen & Cocktails currently holds the title for best Long Island Iced tea on the island, selected by locals, due in part to their moderately priced cocktails and authentic Italian cuisine. If you can’t make it there, however, here’s how you can make the drink at home.

Fill a cocktail shaker with ice. Pour all liquors into shaker and shake well. It’s suggested you serve drink into a Collins or hurricane glass. Add 1 oz cola, or to taste, depending on your strength preference. Top with a slice of lemon for garnish. Bottoms up!